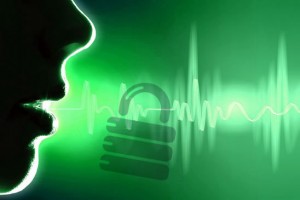 The not-so-recent OPM data breach has resulted in some critical repercussions, not the least of which is the exposure of millions of government employees and contractors to identity theft. The breach has raised the ire of Congress with numerous hearings about what happened, why it happened, and what are “you” going to do about it. These hearings have not only been with OPM but with other agencies affected by the breach – namely our military departments and intelligence agencies. Besides the threat of identity theft, workers for the federal government may now be exposed to blackmail, become targets for phishing attempts, and risk reprisals in the field.

One of the least mentioned casualties of the breach is the leak of fingerprint files contained in the OPM databases. As a method to identify a person, fingerprints are often used as a means to implement multi-factor authentication (MFA). Now, it seems that this MFA approach may have some vulnerability for those affected by the breach. Agencies need to start scrambling for new adaptive multi-factor authentication techniques. So what are the alternatives? There are several other physiological biometrics that offer a possible replacement for fingerprints including:

Each of these approaches comes with its own pros and cons. But if I had to pick one, it would be using voice biometrics for authentication.

While the other biometrics schemes necessitate a variety of extra equipment along with physical presence to capture the biometric, voice authentication can be conveniently delivered remotely over the omnipresent phone. As the number of enterprise mobile workers continues to grow, this convenience is essential. Given the use of the correct analytical techniques, a person’s voiceprint can be as unique as any other biometric characteristic, and has the added benefit of being less personally intrusive than subjecting the person to a retinal or fingerprint scan. Also, there is both a physiological biometric component (for example, voice tone and pitch) and a behavioral component (for example, accent) that together are very useful for biometric authentication.

All types of biometric systems have problems like false accepts and rejects that are not found in password or token authentication systems. This is because biometrics is based on pattern recognition rather than exact match. In general for biometrics systems, some sample live phenomena are sensed and digitized. A feature extraction module then computes significant “landmarks” in this sample. A decision then is made based upon a “degree of match.” The system can therefore make errors and the tradeoffs between various error rates must be considered. Voice biometrics are sometimes criticized as being susceptible to false accepts and rejects due to voice changes caused by colds, or by loss of “data” due to compression and restricted frequency ranges applied over microphones and digital phones. However, studies have shown that it is the lower pitched, voiced phonemes, the ones that are most dependent on the physical structure of the vocal tract (and thus most relevant for authentication), that provide the greatest use in voice verification. These phonemes are least affected by factors such as coughs, colds or mouth injuries. Most phonemes also only use frequencies between 300Hz and 3400Hz, so telephones are designed only to transmit sounds in this frequency range. This reduces the error rate as well. Voiceprint collection and analysis techniques, such as feature analysis, can also be tuned to ensure higher accuracy for matches.

Another problem with biometric authentication of any type is the re-issuance of identity tokens. This OPM issue with fingerprints is a case in point. For authentication based on physical possessions, e.g., keys and badges, a token can be easily cancelled and the user can be reassigned a new one. Similarly, logical entities, such as user ID and passwords, can be changed as often as required. Yet, a user has only a limited number of biometrics such as one face, ten fingers, one voice, and two eyes. You can’t exactly reissue one of these. Furthermore, a biometrics authentication system uses private details of users and there is an immediate privacy concern about misuse of this information. There are different approaches that can be applied to offset these issues when it comes to voice authentication. One adaptive method is called “cancellable biometrics,” which uses morphing techniques to ensure the privacy of enrolled users as well as provide a means for “reissuance” of biometric “tokens.” In the case of voice authentication, the voiceprint is digitized and divided into time segments for analysis. A morphing function is applied to re-sequence the different voice segments and the resulting scrambled voiceprint is used as the stored version for queries and matching. Note that for voice scrambling, only minimal registration of the query voice print with the enrolled voice print is needed, such as aligning the onset time. The scrambled voiceprint can be later deprecated and a new scrambled voiceprint can be “reissued” if needed without another enrollment.

VocalPassword also supports adaptive methods to ensure accuracy is maintained during enrollment and post-enrollment. By using new audio to update existing voice templates, VocalPassword allows each speaker to maintain an accurate voiceprint according to changing background noises and voice tones that shift with age. It also enables fully automated enhancement of voiceprints based on the analysis of failed authentication attempts by legitimate users.

To conclude, I see voice authentication approaches helping to provide a few more nails in the coffin of passwords and userIDs at last. Let me know your experience with voice biometrics and adaptive ways that voice biometrics is being employed by your enterprise or product offering. Thanks for reading and check out my latest eBook on Active Cyber Defense if you haven’t already done so – you can find it here.